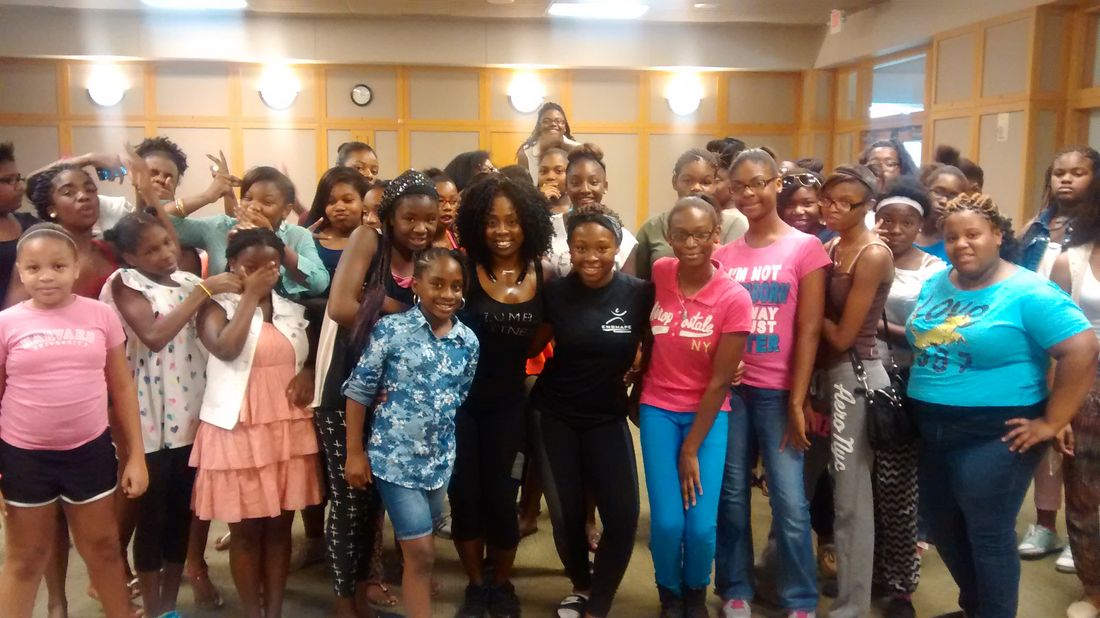 Mission: To promote the empowerment of young women & girls to build their self-esteem and ensure a successful future.

DIVAS, Inc. is committed to being Central Arkansas' signature program for empowering and maximizing the development of young women to ensure a successful future.

The teen years are very critical. During these critical, formative years personal choices made will have lifelong consequences. DIVAS, Inc. are in place to create a positive environment to help young ladies learn life skills, build self-esteem, and guide the bright young ladies to be the best person they can possibly be. DIVAS, Inc. discusses topics that affect girls. We provide role modeling, mentoring, leadership skills, inspiring words of encouragement, promoting volunteerism with a high level of integrity.

DIVAS, Inc. meets monthly with our girls on topics that affect them.

Sheena Lewis is the Founder & CEO of DIVAS, Inc., a premier community organization in place to uplift, educate, and instill positive values in young ladies. Since 2008, DIVAS, Inc. is consistently making greater strides in the community by offering scholarships to graduating seniors, promoting volunteerism, and giving tools for the young women to utilize as they find their way under the sun.  DIVAS, Inc. is located in Little Rock, Arkansas, Memphis, Tennessee, and Dallas, Texas in place to empower and maximize the professional and personal development of girls by instilling leadership skills and promote volunteerism.  She was featured on the cover of Little Rock Family Magazine in August 2013 for her outstanding achievements in the community. Lewis successfully completed many local and nationally recognized management and leadership programs and conferences including the Edward Coleman Leadership Institute, NAIC Management and Leadership Conference in Kansas City, and the Supervisory Management Institute-Executive Order 94-7 for the State of Arkansas. Lewis was also re-elected in 2001 for the Arkansas Region IV Vice President for Phi Beta Lambda. Lewis is also the Chair and Commissioner for the City of Little Rock’s Commission for Children, Youth, and Families. Lewis is the former Chairwoman for the Arkansas Leadership Board of Save The Children, a national organization focused on literacy rates and poverty of children in rural areas. As a member of the Delta Regional Authority Executive Academy Alumni, she dealt with strategic economic development and community building in several states in the Delta Region. Lewis graduated from the John F. Kennedy School of Government at Harvard University. She was a review panel member for the Arkansas Minority Health Commission’s Camp iRock. With many years of extensive legislative, legal, and management experience, her business management and paralegal background, and she started a public relations firm which provides outreach for businesses including event management, public relations, & government relations. Her latest projects include planning with the Arkansas Minority Health Commission’s Arkansas Minority Health Summit and The Watershed’s annual Women’s Conference. Her years of effective leadership and community involvement are strong and vast. Sheena is a contributor to Arkansas Children’s Hospital, Dorcas House, Our House, the Arkansas Coalition Against Domestic Violence, and the Watershed.